When this filmmaking company was founded, branding and identity were low on the list of priorities. So, like many small business owners, a stand-in logo was quickly created and used, with little thought given to a complete identity system. As JL Images grew, they moved from corporate and industrial videos to higher end commercial work, and it became clear that the brand didn’t reflect the current customer focus. In fact, it was completely forgettable.

The studio needed an identity that signaled evolution and which would make a positive, memorable impression. But, the owners felt that it was important to keep the JL typeface initials from the original brand. Summa Creative was asked to design a new corporate identity that better captured the essence and spirit of the company and which told a clear story about the organization.

With this system, we needed to establish a sense of polish, professionalism, and substance, while at the same time infusing it with a spirit of forward-thinking innovation. We used flat, solid blue swaths and single-color illustrations to create simple, direct, clean lines and suggest gravitas. Then, with a nod toward camera lenses, film canisters, and film reels, the solid colors were contained in circles rather than the expected right angles, creating very visually dynamic pieces.

The typeface JL initials from the original brand were incorporated, and are modernized within the context of the new elements of the identity. The business cards are of a standard height and width, but are die-cut, carrying on the rounded design and speaking to the ingenuity and inventiveness of the company. The cards fit into the old-school Rolodex, but refuse to blend in.

The rejuvenated identity received tremendous positive feedback and strong support. JL Images quickly moved from a company that didn’t stand out in the crowd to an extraordinarily memorable one. 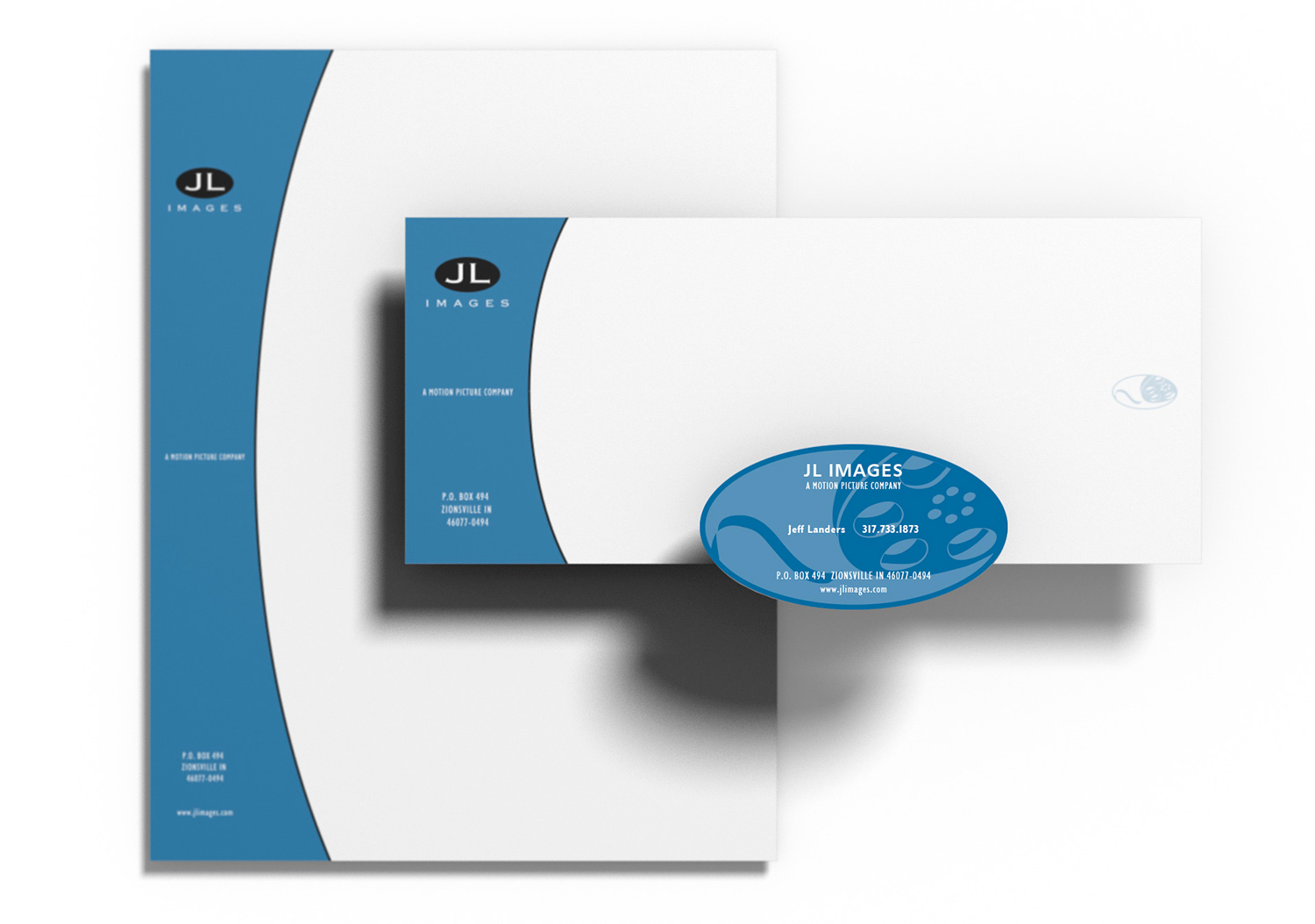